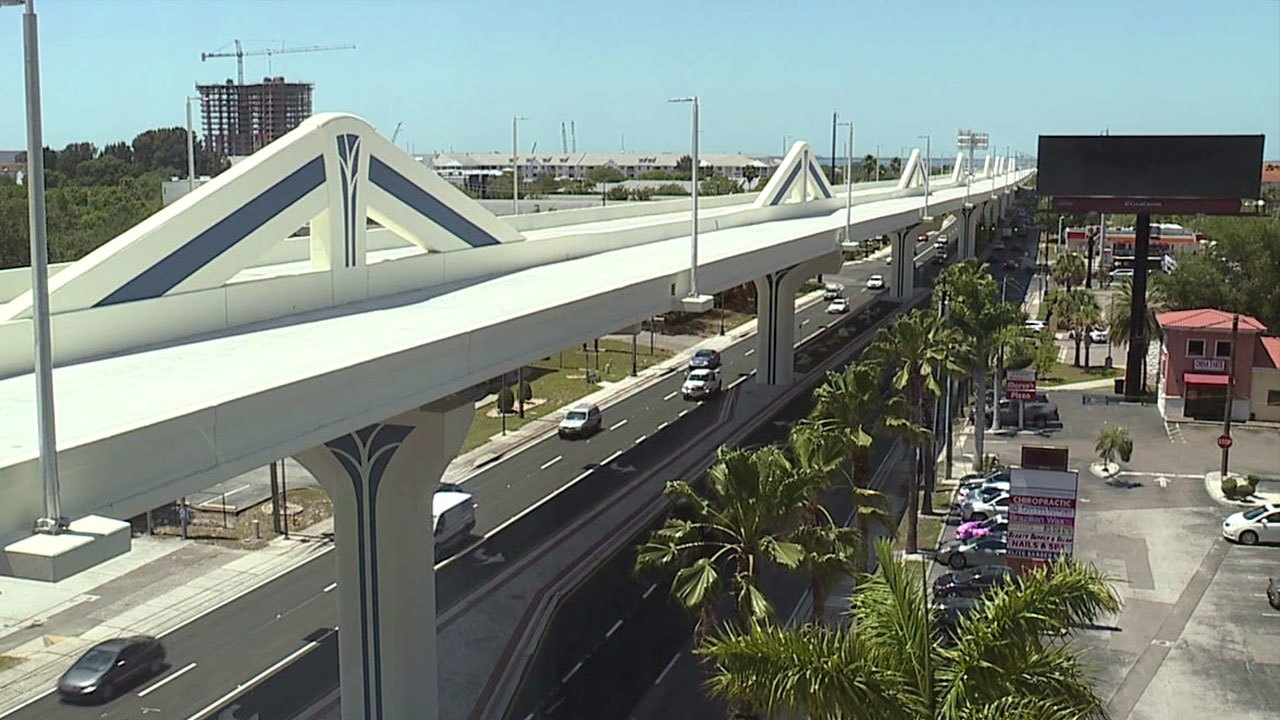 Posted at 13:49h in Uncategorized by Developer 0 Comments
0 Likes

TAMPA, Fla. — On Monday, April 19, the Selmon Expressway West Extension opens, which should make the commute between Hillsborough and Pinellas much easier.

The Tampa-Hillsborough Expressway Authority (THEA) estimates 40% of traffic will be pulled from Gandy Boulevard onto the extension, helping with congestion in that corridor.

Now businesses are hoping for a rebound after they say three years of construction deterred customers.

“A lot of cones, a lot of equipment moving. It was definitely an ordeal for people to just drive on this route,” Jerk Hut owner Andrew Ashmeade said.

Ashmeade has three Jerk Hut locations; the one in South Tampa has been around for more than a decade. But since 2017, the pastel-colored building has been competing with an abundance of orange. As more heavy-duty machinery came to Gandy to start construction on the extension, Ashmeade says he saw fewer customers.

“It was definitely a drop in business while the construction was going on,” Ashmeade said.

ABC Action News went through hundreds of pages of studies concerning the project.

In 2106, before crews even broke ground, THEA commissioned the University of South Florida for an economic assessment study. Researchers concluded, “construction can disrupt [sic] patrons’ accessibility to businesses and produce negative impacts on sales revenue.”

They went on to say businesses relying on pass-through traffic would be hit the hardest. That includes fast food spots like Jerk Hut. Altogether, estimates showed those businesses losing an estimated $4.6 million in gross sales revenue.

“The business community was very concerned about the impact it could have on the community and on their ability for customers to see their businesses,” THEA CEO Joe Waggoner said.

Waggoner told ABC Action News the agency knew early on business owners had to be prioritized.

“We literally went door to door to visit every single business establishment in this quarter to hear from them,” Waggoner said.

Documents briefly discuss those encounters. Reactions ranged from support to two business owners threatening a class-action lawsuit. But, Waggoner said from design to construction, his team wanted to find a middle ground to ease the inconvenience.

“We made assurances like during construction we wouldn’t block any driveways,” Waggoner said. “The elevation makes it easy for customers to see across the street and to see the businesses they want to get to.

We didn’t take a single driveway away from any business that’s out there.”

THEA partnered with several area chambers of commerce and created the Shop Gandy initiative. It encouraged consumers to patronize an estimated 170 businesses in the corridor to lessen the blow of lost revenue during construction.

Now, it serves as a marketing tool to let shoppers know about sales and growth in the area.

“Even during construction, 10 new businesses opened up on Gandy Boulevard while we’ve been doing our work. So it’s been a beneficial relationship,” Waggoner said.

A year into construction on the extension, Jenny Beadle says the team at Woodie’s Wash Shack knew South Tampa was the perfect place for their second location.

For the owners of this retro-themed car wast, the good outweighed the bad — even the most terrible characteristic of stand-still traffic.

“Rush hour made me pull my hair out,” Beadle said.

Now with all the cones out of the way, traffic is already running smoother. Traffic studies for the extension estimate wait times at lights from Westshore to Dale Mabry will be reduced between 49% and 65%.

An added bonus is both residents and business owners say it’s not the eyesore they thought it would be.

“I love everything about it,” Ashmeade said. “It’s almost something well-designed and decorated to match everything that we have in the area.”

“I’d prefer obviously to see open sky, but it doesn’t really end up bothering me all that much,” South Tampa resident Samantha Miller said. “But I think they did a really good job by landscaping the medians underneath it. They’ve tried to keep it as low key as they possibly could.”

The drapes come off the signage on Monday, and the extension opens up. Business owners say this is a new sign of growth.

This bridge couldn’t have come at a better time. The next big project in the area is the Westshore Marina District, which is currently under construction. It’s complete with retail space and high-rise condominiums.

“Just when we thought South Tampa is all built out, here comes Gandy,” Ashmeade said.