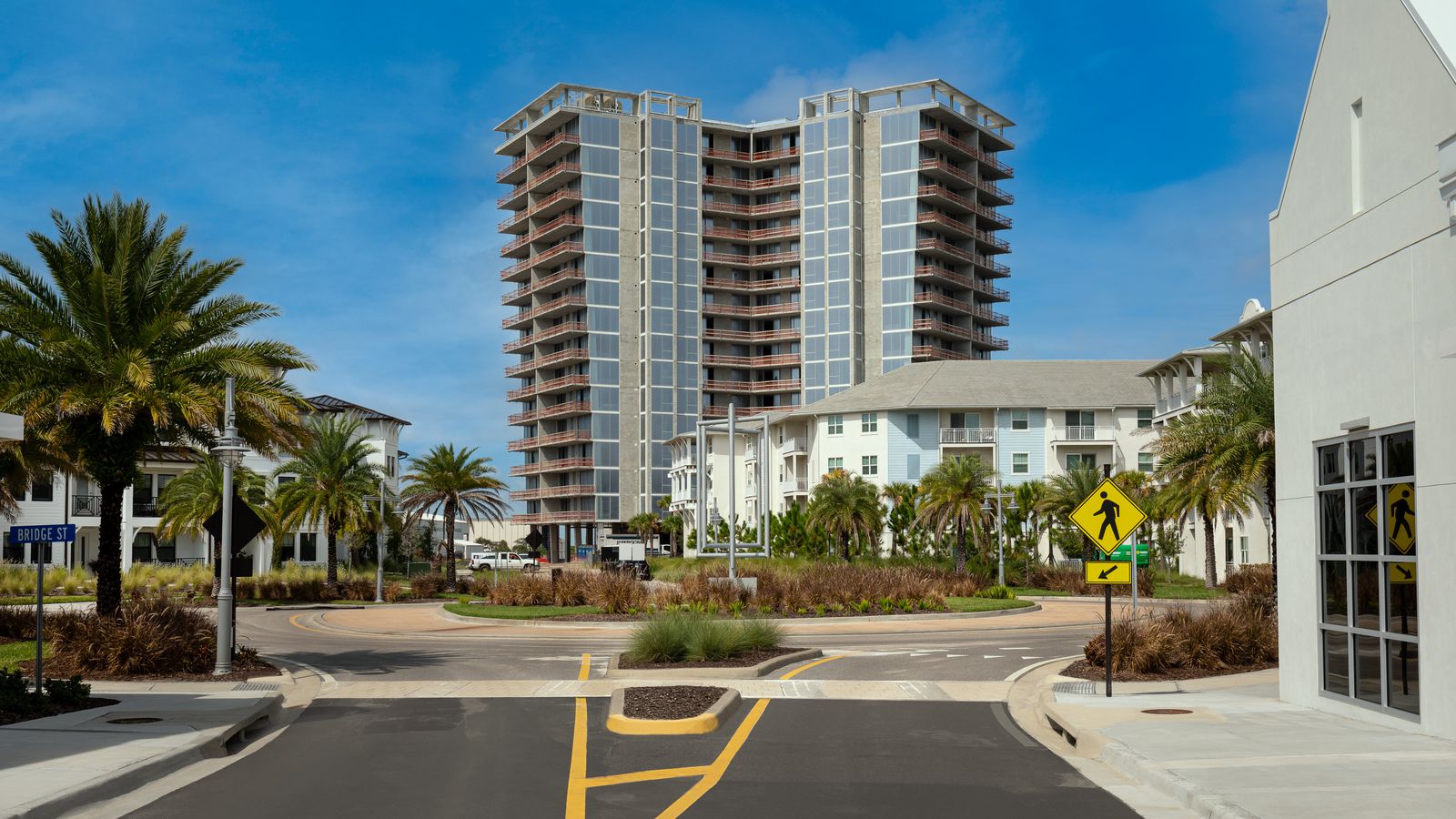 Posted at 14:21h in Uncategorized by Developer 0 Comments
0 Likes

Barely five years ago, the 52-acre lot near the corner of Gandy and West Shore boulevards was bereft of all but the shuttered sales center for a doomed development. Today, it is a thriving community with high-end apartments, townhomes and a bayview condo tower well underway. In the cute town center, you can get your hair styled, buy a swimsuit and dine on tuna tartare and truffle fries.

The Westshore Marina District is one of three new planned communities that have sprung up in Tampa — the others are Midtown on Cypress Street just off Interstate 275 and the huge Water Street development south of downtown. While the pandemic initially was expected to drive people out of cities and into the suburbs, it has only accelerated the trend toward walkable live-work-play areas where the full range of urban amenities is close at hand.

Unlike Midtown and Water Street, the marina district does not have any office buildings, but it is only 10 minutes from the West Shore business district and is a short trip across the Gandy Bridge to Raymond James, Jabil and other major employers. And district residents working from home can do so in a setting that includes landscaped walkways, small lakes and soon a 1.5-mile waterfront park.

“It’s our local neighborhood with a gorgeous lifestyle,” says Rikki Radkay, who with sister Remy opened the first store in the district last spring. 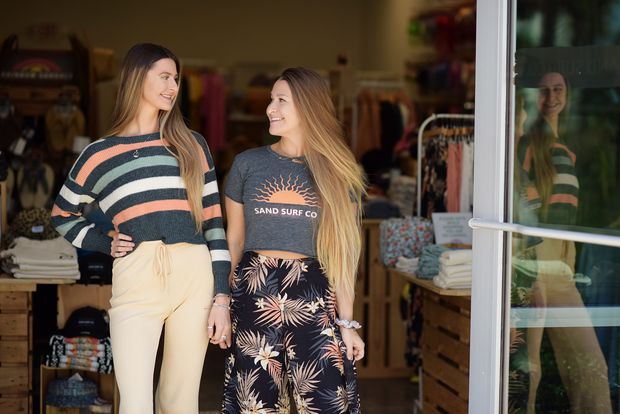 Remy Radkay, left, and sister Rikki opened their Sand Surf boutique in the Westshore Marina District in Tampa in May. [ Photo by Brian James ]

The district, site of this month’s fashion shoot, was originally planned for a grandiose residential project called Port Tampa Bay. The Great Recession killed that, and a Fort Lauderdale firm, BTI Partners, eventually acquired the property. As master developer, BTI put in roads and utilities and sold off part of the land to other developers for apartments and townhomes. BTI kept the rest of the space for its own projects: Marina Pointe, where the first of three planned 16-story condo towers will be finished this year; a 150-slip marina; and the Marina Landings retail center.

Noah Breakstone, CEO of BTI Partners, notes that the district and many of its amenities are open to those living in surrounding areas. “The best part of Westshore Marina District is that it brings new life and energy to South Tampa,” he said. “Our development, and the lifestyle it creates, is here for everyone to enjoy.”

The first restaurant, Cru Cellars, opened last spring with indoor and outdoor seating and a wine list almost as impressive as that of the original Cru Cellars in Tampa’s Palma Ceia area. (There is also a small offshoot at Armature Works near downtown Tampa.) A second restaurant, Chuck Lager’s American Tavern, is expected to open by this summer. And a third, yet to be announced, will be next to the marina area so boaters can pull up. 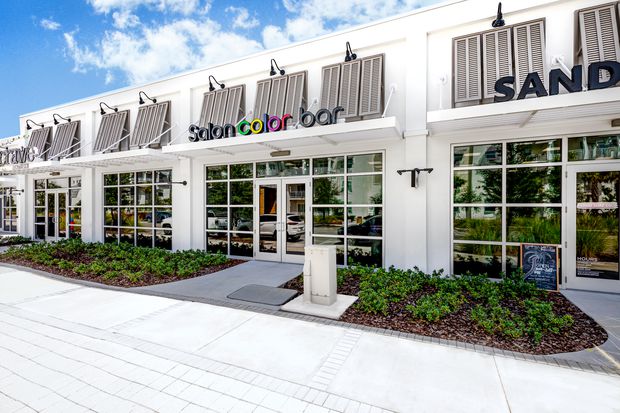 Other shops now open in Marina Landings include Crave Spa, where customers can enjoy a selection of wines while getting their nails done; Salon Colorbar, a hair salon; and Sand Surf Co., which sells swim and casual wear.

The Radkay sisters moved their Sand Surf store from Tampa’s Channelside District last May after a friend told them about the new marina district. They grew up in what they call New England’s “surf culture” but went to the University of Tampa and decided to stay in the city.

“We just loved that (the district) was right on the water so it really fits our water lifestyle,” Remy said. “We’re excited to see our first full spring and summer, and super excited because all the places around us are really starting to open.”

The sisters are so enthused about the marina district that Remy already makes her home in the Town Westshore apartments, a quick walk from the store. And Rikki plans to move to the district, too.